Unfortunately part 2 is a lot less pretty which comes down to two factors: it rained a lot the last 1,5 day (which means something coming from a Dutchie), and I got a nasty food poisoning which I am still recovering from. Not so much fun. But even so I went out, as I sure wasn’t going to spend my last day in Kabul in bed.

Because of the really bad weather – and the fact that people usually don’t like it when you take their pictures – I didn’t manage to make a lot of photos. Also no cute kids this time, but more sightseeing stuff and street view images to give you some idea of the city.

First of all I defied Butcher Street as a vegetarian. 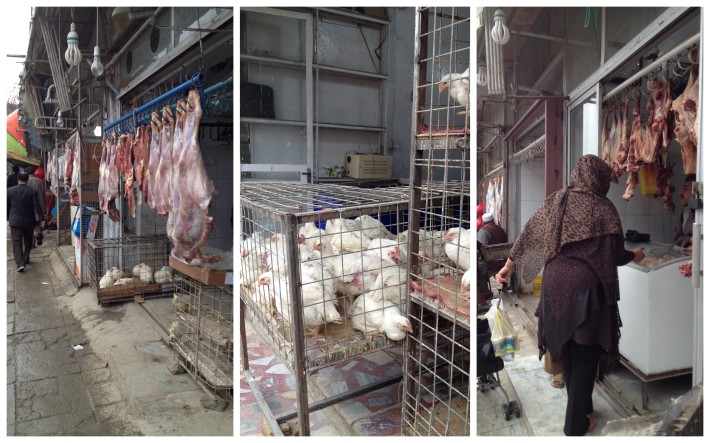 Only a small impression. Imagine this a whole street long! Nasty huh?

Second up during my sightseeing day was Babur’s garden, which was beautiful! Apparently in summertime a lot of families come there to pick nick, but when I visited there were only groups of men walking around (and taking loads of pictures of each other). Another interesting thing was that we saw a lot of young boys with scales. So you could weigh yourself in exchange for money! I’d not step on a scale even if I was given money, but I guess if you’re poor and don’t have the money to buy a scale it works. Was quite weird to see though! 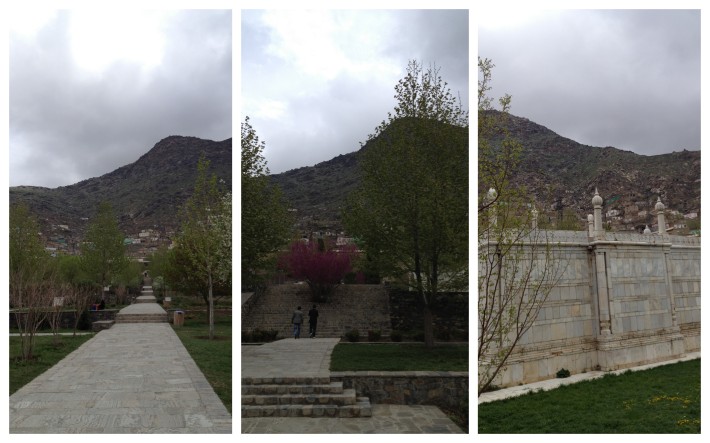 The Babur Gardens, which are thought to have been developed around 1528 AD

Afterwards we drove home and I managed to take a picture that capture Kabul quite well. See for yourself:

And that was it for my time in Kabul this time! I do really hope to go back sometime soon, albeit for another visiting trip or maybe for a longer period doing something good. Kabul airport and the level of security was definitely a new experience and to say I had a culture shock from going from (one of) the poorest countries in the world to (one of) the richest is an understatement. But I am enjoying Dubai as well! Had a great day already yesterday and I’m off now to have a lazy day on the beach.